skip to main | skip to sidebar

I am now Honorable Dr KK- Minister -Guess why!! 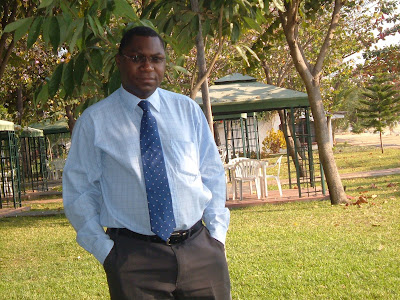 A few weeks ago I got a text message on a Saturday morning while in Johannesburg South Africa, that I had been elected minister of Health in Malawi and that the ceremony was going to be on the coming Monday and that if possible I needed to get back home .I was in transit on my way to India to attend the 66th annual conference for Eye specialists .The reaction to the message was with mixed feeling; firstly why did the big boss not communicate to me /or tip me before electing me; and that if this was true then what would happen to my community job as an eye specialist.
I looked at the reasons why possibly I could have been considered for the post and they looked to be many; I have worked in the ministry of Health and have over 12 years experience as doctor; am a specialist Dr ,and possibly I am rightly qualified. Factors against me being elected were that I am non political, non partisans and stick to my profession ethics and have difficulties in following beaucratic ministerial procedures. Overall I considered it was going to be a good opportunity for me to be a health minister; the six figure salary, the Mercedes Benz with the personal driver, the games played in parliament and overall the lack of seriousness in working (just following orders from above) –and of course I could do the job better than other people who have been there before and it would be a good break for me to leave my dirty work in the community with poor blind people. I thanked the one (whoever it was) who had suggested my name to him who appoints. Yes I was ready to cancel my flight and get back to Blantyre Malawi and this time on a business class ticket. Well after many years of hard work my life seemed to have been transformed overnight.
I needed to verify this information before cancelling the ticket so I had to call Malawi; obviously my wife being also non political and rarely listening to Malawi news may or may not have heard this good news so I decided to call my boss (who was now my subordinate and would call me sir/honourable) and his reaction was laughter. He said I had almost made it to the Cabinet, by magic and by logical deduction. You see two people were elected as ministers of Health; the real minister and his deputy. The chosen minister’s first name was Khumbo but his surname was not “Kalua”. And imagine the deputy minister’s surname was Kalua but his first name was not Khumbo. So during the cabinet announcement people heard names of Khumbo and Kalua under the ministry of Health and it was right to conclude that it was me (but do I deserve the post?). For a brief moment I enjoyed the status of being a minister and a politician but I remain a “popper” as of today. I wonder why the big man had to tease me that way. Please don’t call me honourable next time we meet. I continue serving people who suffer from eye diseases from the rural communities of Malawi.
What do you think?
Email me!
Posted by Dr Khumbo at 14:38

I think you are doing a great job

Dr Khumbo
I am gentle,quiet and not easily noticeable among the many. I have and will always give thanks to God for who I am today. I am married and have a lovely daughter. I was brought up in the poor communities of Malawi (Ezondweni, Mtwalo, Mzimba) where I got my early education. I have studied at Universities in 3 continents of the World. I was at University in Malawi 20 years ago; but am still pursuing further Research studies at the University of London. Previously I have studied in Australia, Kenya and UK. Currently I am a Senior Lecturer, Researcher and Eye specialists in Blantyre, Malawi .For my Research, I am partly based at London School of Hygiene and Tropical medicine. I conduct Eye Research in Rural Malawi. Having more than 3 post graduate medical degrees hasn’t changed my passion to serve the poor Malawian communities .I am a poor doctor working in Malawi . I get satisfaction from my patients who have regained sight in Malawi as a result of my intervention.much as I treat but God heals. khumbokalua@yahoo.com is my contact adress.